Fans of gambling streams got themselves a treat this Halloween as top casino streamers held special Halloween streams for their followers. Aside from the usual adrenaline rush from slots and Plinko as well as the top-notch comedy, VonDice, Roshtein and DeuceAce all decided to stay true to the Halloween spirit by dressing up.

VonDice showed us that you don’t need to copy a character, just let your imagination fly. Appearing in his red suit and hat with zebra patterns, he also wielded a diamond cane like the lovechild of a wizard and a circus master.

VonDice started the stream by announcing: “VonDice is not here tonight. My name is VonDizza, The Booty Pleaser!” Some chat members thought he was going for a pimp look but VonDice said he simply went with whatever costume available in his “big-ass size”.

His diamond cane may have summoned up some luck on his side as on this very stream, VonDice got a rare full-screen of Wilds on Wanted Dead or a Wild slot, netting a $28,835 on a $25 bet.

Roshtein’s costume was definitely the most sophisticated as he said it took the make-up artists 2 hours to complete the look. He looked like a 100-year-old wizard with a full head, eyebrows and beard of grey hair.

The most popular casino streamer on Twitch also held a giveaway contest where his fans competed dressing up as him, and the best one was rewarded with a prize. In addition, there was a special Trick and Treat raffle every 30 minutes. Chat could vote between Trick or Treat, with Treat being a safe 100 points prize and Trick being a wheel spin giving from 0-500 points.

DeuceAce, the third member of the popular Swedish casino streaming squad, took a different route with his costume. He actually dressed up as a character, but not just any character. Knowing his fans well, DeuceAce turned himself into Sven, the fisherman from popular Pragmatic Play slots Big Bass Bonanza and Bigger Bass Bonanza.

DeuceAce was the luckiest man on Halloween night, he got himself an astonishing $2.5 million win on Wanted Dead or a Wild. The win came right after he was complaining about how unlucky that session had been, which made for a wholesome comedic gold moment! 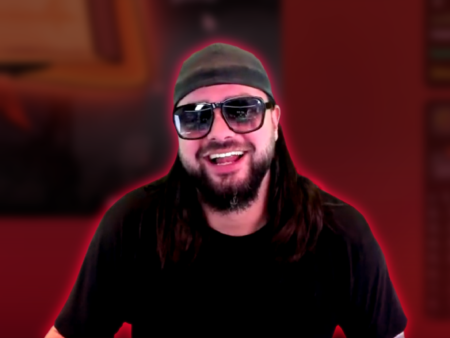 No comments to show.
New Casinos